I checked out Thomas Kalaks photo exhibition this Friday and ran into some old buddies I hadn´t seen for a while – good time seeing these guys and talking about some fun stories.
Thomas was one of the best vert rollerskaters in the 80´s and early 90´s and also shot photos
for the Monster Skateboard Magazine.
He moved on to shoot a lot of comercial stuff in the 90´s and does mostly art projects nowadays.
This exhibition showed a recent project where he documented the work on archaeology sites.
For more info check out his website

Thomas (right) introducing his work and showing some examples from his book. 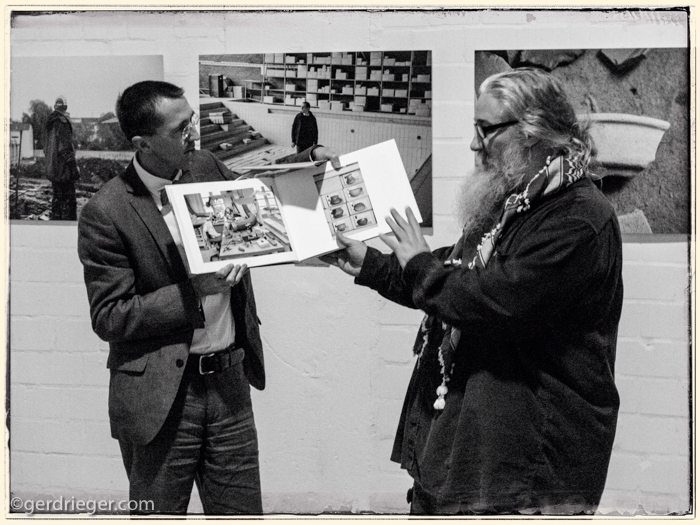 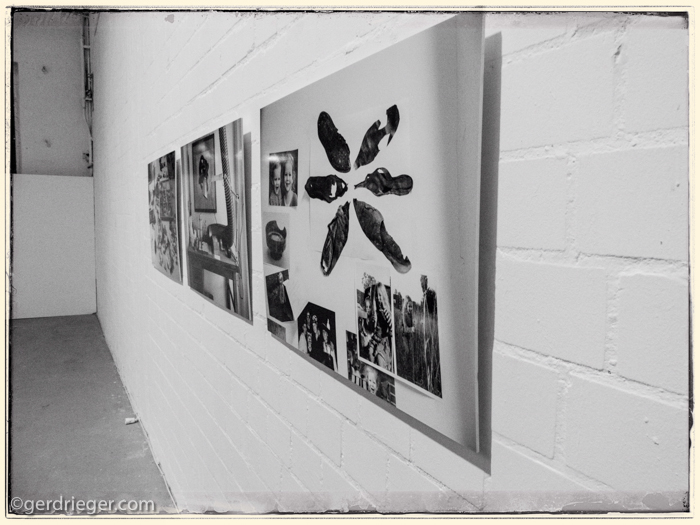 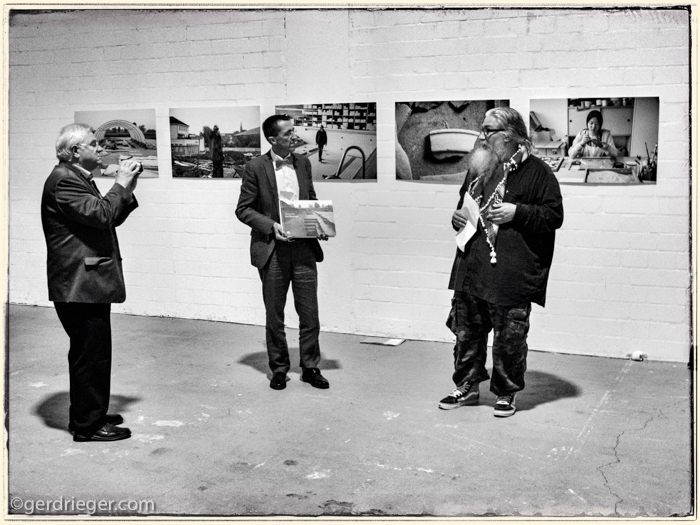 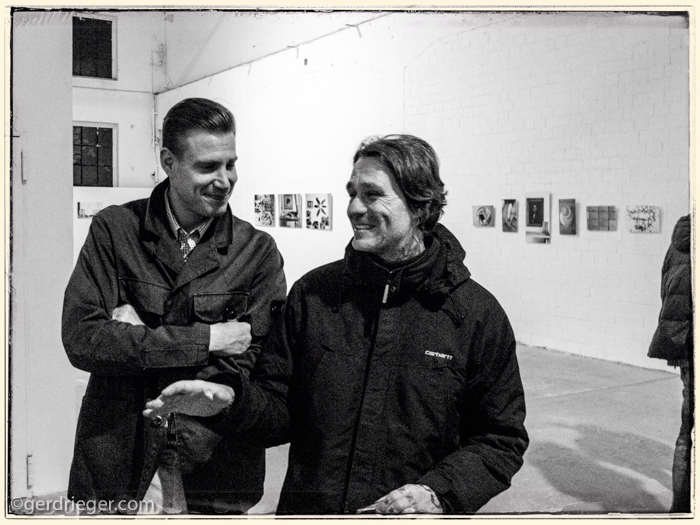 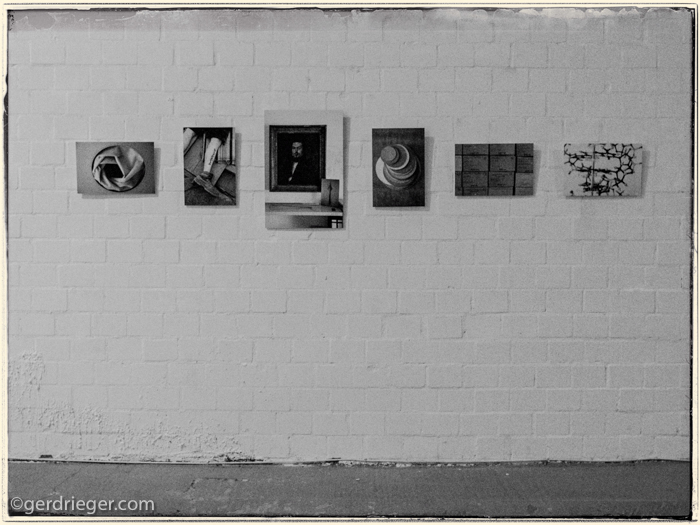 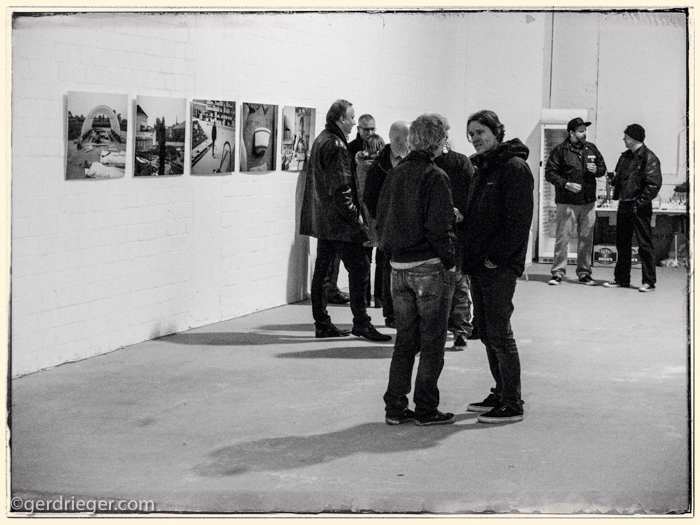 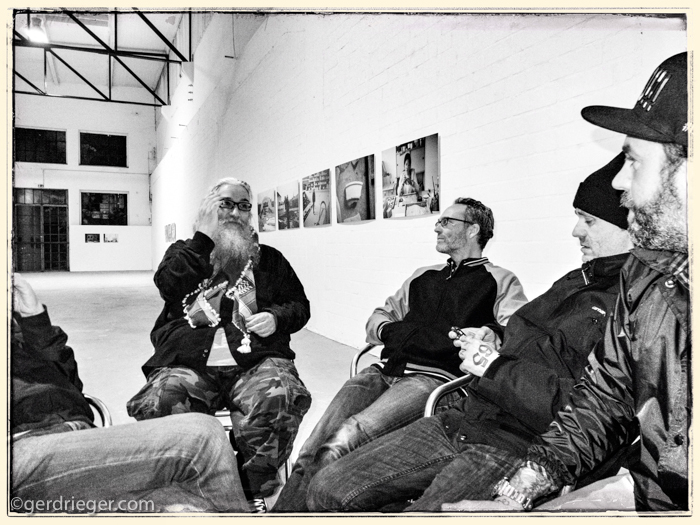 … and having a good laugh about some fun stories. 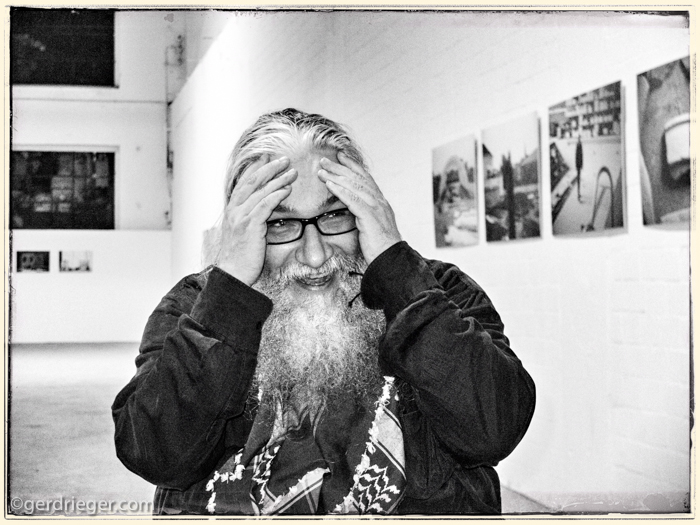 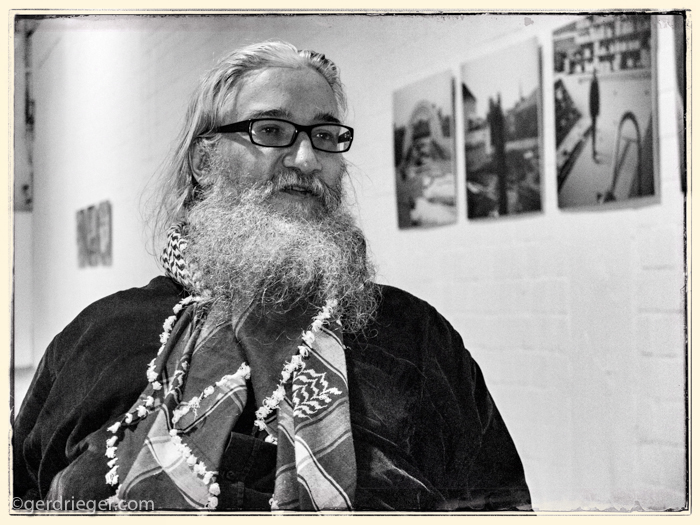 Some pages from the Book: 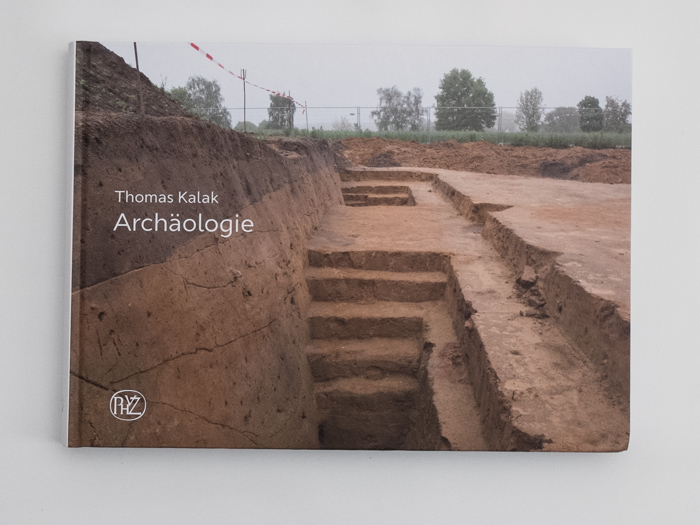 Check out the current issue of Mologue Magazine with photos of Matt Grabowski and his Minus crew shooting concrete at the Berg Fidel skatepark and Stefan Berger working on his old Fiat 500.
To see more great photography check out all issues of Mologue Magazine here 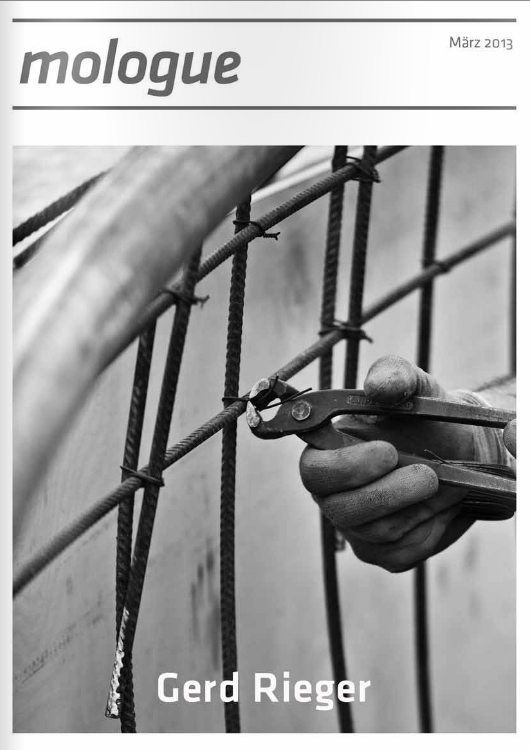 Him: “Your camera makes nice pictures”, me: “your mouth makes nice compliments”. If you are into photographing people this is what you hear most of the day:

Check out the Basementizid Gallery for more info.

Watch Part 1 to 5 of “A Day in Life of Photographer Bryce Kanights” by Nemo Entertainment.

Bryce Kanights- Part 1 of 3 from Nemo Entertainment on Vimeo.

Bryce Kanights- Part 2 of 3 from Nemo Entertainment on Vimeo.

Bryce Kanights- Part 3 of 3 from Nemo Entertainment on Vimeo.

You like skateboarding and photography,
then you should check out the “Erste Liebe Photo Contest”
More info about how to enter and about the prizes on the Contest Website

If you consider nuclear power to be save and clean check out Paul Fuscos story at the www.mediastorm.org

Chernobyl Legacy by Paul Fusco
On April 26, 1986, the greatest environmental catastrophe in history occurred at Chernobyl spreading a radioactive cloud over large parts of the former Soviet Union. In Chernobyl Legacy, Magnum photographer Paul Fusco recounts the human aftermath of the tragedy. See the project at www.mediastorm.org

Glen E. Friedman and Shepard Fairey talk about their work

Checked out the Urban Identities exhibition at the Kulturreich Gallerie
Thomas Kalak and Peter Nitsch show two different and unusual point of views of Bangkok.
Definitly worth checking out. Check out the photo exhibition “Wait for Walk” by Florian Böhm at the Young Gallery.
Some might remember him as former Monster Skatebaord Magazine photographer
and editor and pro skater for G&S and Titus back in the 80´s.
Click on image for more info.

basemenizid.kunst.cellar owner and art of asfalt member Sergej Vutuc and partner in crime Alberto Polo
show their photographic work at RAS Gallery in Barcelona…
GRAD OPENING at Fr. 30. May 2008

The exhibition is supported by Carhartt who will also hand out two exclusive
postcards showing images shot by Sergej on one and Alberto on the other.

Opening hours:
May 30th until June 20th only from 8pm

Thomas Kalak former Monster Skateboard Magazine photographer and editor (back in the 80´s) has published his first book “Thailand – Same same, but different!”. If you´re expecting skateboard images this is not for you but if you´re interested in a differend perspective of Thailand check it out at RUPA Publishing

Check out some new/ old pics from Marseille, Annecy, Oregon, the Mastership…
at the Black Blog This book is not new but still more than worth checking out
and looks pretty nice on your coffee table.
There´s some great pictures from the 70´s era of skating including pools, parks, pipes, slalom etc.
So if you´re interested in some history about skateboarding and skate photography this is for you.
More info about Warren Bolster